The Professional coaching staff at RBI Baseball Camps and Clinics rivals that of any program in the country. Coaches have experience playing and/or coaching at the professional, collegiate, and high school level. All RBI coaches are hand picked to ensure the highest quality of instruction regardless of the participant’s ability level. Each staff member is committed to providing each participant with a safe and enjoyable experience while learning the best in baseball skills. Our entire staff is committed to the RBI mission of effectively providing young people of all ages with the skills that guide them toward success both on the baseball diamond, and throughout life, teaching the importance of individual responsibility, teamwork, and a positive attitude towards everyday life. 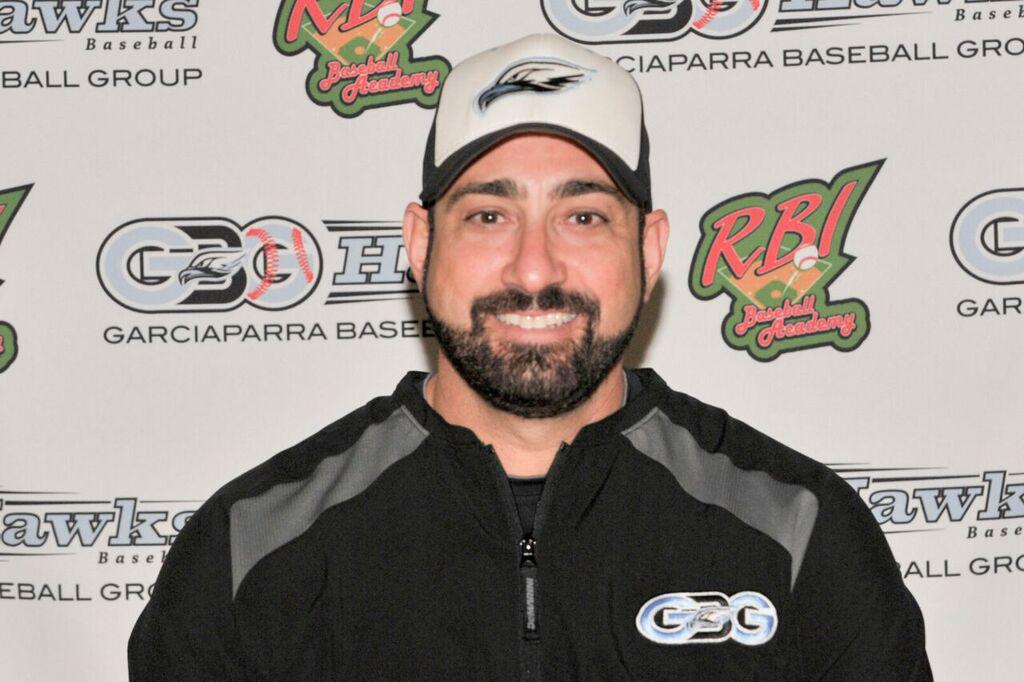 Paul attended Xaverian Brothers High School in Westwood, MA where he was Boston Globe All-Scholastic in 1989, and a member of the Massachusetts All-Star team. He signed with the Boston Red Sox in 1989 at the age of seventeen, by longtime Red Sox scout Bill Enos. While pursuing his professional baseball career he earned a degree in Business Management from Northeastern University. Paul spent 1989-1997 as a member of the Boston Red Sox organization, in his eight seasons with the Red Sox he’s proud to have been coached by Red Sox and Major League Baseball Hall of Famers Rico Petrocelli, Jim Rice, and Carl Yastrzemski, as well as major league coaches and managers DeMarlo Hale, Ken Macha, and Terry Francona. Paul also played alongside major league stars Mo Vaughn, Jeff Bagwell, Trot Nixon, and Nomar Garciaparra to name a few. In 1994 Paul represented the Red Sox in the prestigious Arizona Fall League where he was teammates with basketball superstar Michael Jordan.

Paul began teaching and conducting clinics and academy style programs in 1995 with then Pawtucket Red Sox teammate Eric Wedge (Cleveland Indians Manager 2002-2009 and Seattle Mariners 2012-2013). In 1998, Paul founded and directed his first Nomar Garciaparra Summer Baseball Camp, and has continued this summer tradition with Red Sox Stars, Trot Nixon, Jason Varitek, and Dustin Pedroia. In 2002 Paul founded RBI-Rappoli Baseball Inc. and opened his first training academy as part of the state-of-the-art Mass Premier Sports Complex in Foxboro, MA in 2004, RBI opened its second training center in Carver, MA in November of 2012. Coach Rappoli serves as an associate scout with the Boston Red Sox and as the New England Regional Director for USA Baseball’s NTIS program, he is currently a manager for the RBI Hawks (14U Black) travel baseball program. Paul resides in Foxboro, Ma with his wife Hope, his sons Reece and Nolan, and his daughter Dylan. 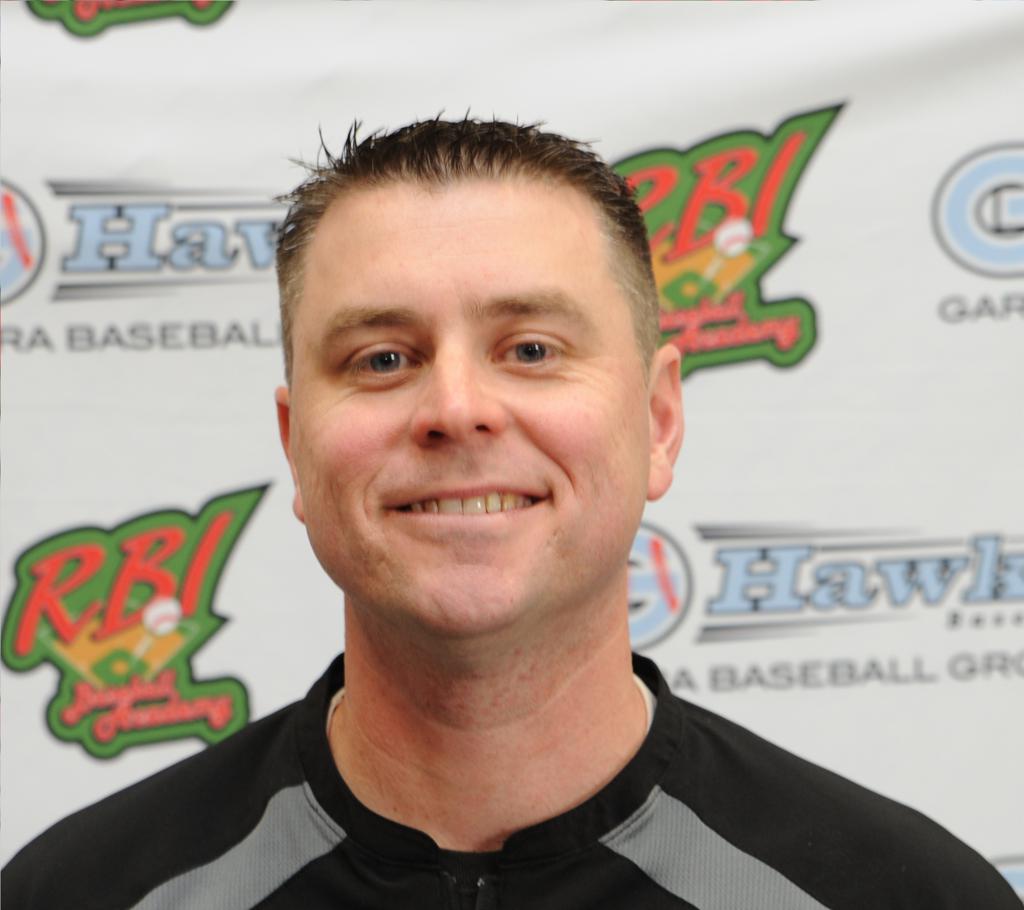 Chris has served as the General Manager of RBI Academy since 2004.  In that time RBI has trained and developed thousands of youth athletes through our many developmental programs including Winter Skills Training, Summer Day Camps, Fall Baseball, Private Lessons, and many more. Coach Welch has also served as a head coach in the GBG Northeast program (Owned and operated by RBI Academy) since 2010.  In that time he has served as the director of college development, and GBG has seen over 160 of its athletes compete at the collegiate level.

Coach Welch graduated from Bridgewater State University in 2001. He earned a Bachelor of Science in Operations Management. While as a starting pitcher for Bridgewater, he helped lead the Bears to NCAA regional berths in 2000 and 2001 and set the record for most wins in a season. During college Chris was a member of the Manchester Silkworms of the New England Collegiate Baseball League and set the record for strikeouts in a season while there.   After college Chris was signed to a professional contract by the Johnstown Johnnies of the Frontier League.

As a coach and instructor at RBI, Coach Welch has coached at the 14, 15, 16, and 17U levels for the GBG Northeast Hawks and has also served as one of RBI’s lead instructors since 2004 training players at all ages.

Chris has also served as the Head Coach and General Manager of the Easton Huskies of the Cranberry Baseball League.  In November 2017 he was inducted into the Cranberry League Hall of Fame for his years as a pitcher for the Huskies.

During the summer, Chris has perviously served as the director of the Chris Sale Summer Baseball Camp and has directed camps with Dustin Pedroia, Jason Varitek, Trot Nixon, Terry Francona, and Nomar Garciaparra.

Chris is a native of Brockton, MA and currently resides in Rehoboth, MA with his wife Regina and daughter Madeline. 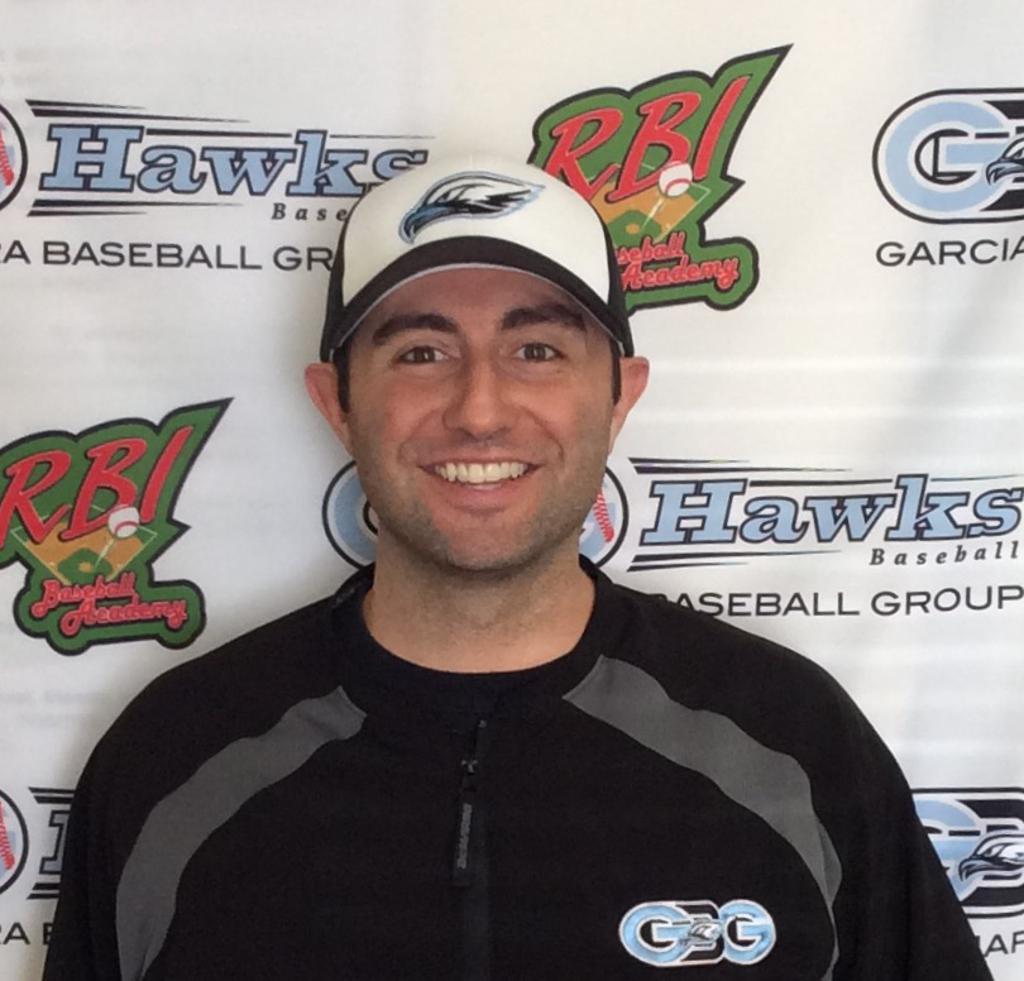 Coach Breen was a 3-sport captain at Swampscott High School in Swampscott, MA before completing a post-graduate year at The Canterbury School in New Milford, CT.  Joe went on to receive his Bachelor's Degree in Psychology from Stonehill College where he was a pitcher for Head Coach Pat Boen and the Skyhawks.  .  In 4 years as a pitcher at Stonehill, Joe appeared in over 50 games as a starter, reliever, and closer.  As a captain in his senior year, Joe finished in the Top 5 in Wins, Saves and Appearances in the Northeast-10.  Following his playing career, Joe was named as an Assistant Coach at his alma mater under Head Coach Pat Boen, where he worked with the pitchers and recruiting from 2006-2009.

Coach Breen was hired by RBI Baseball Academy as the Assistant Director of Baseball Operations in 2006 before being named Director in 2007, a position he still holds today.  As Director of Baseball Operations, Joe runs RBI’s Summer Camps, Fall Leagues and Winter Player Development Clinics while giving year-round private instruction.  In 2013, Coach Breen took on the additional role of  Director of the RBI Hawks Travel Baseball Program (now GBG Northeast).  The program saw significant increases in win % and player retention rate while interest in the program reached new heights.

Coach Breen was named Head Varsity Coach at Mansfield High School in December of 2014 and the program has had enormous success while promoting dozens of players to college baseball.  The Hornets were 2015 Division 1 South Finalists and made the Massachusetts "Super 8" in 2018 and 2019, achieving the school's first ever Super 8 win in 2019. 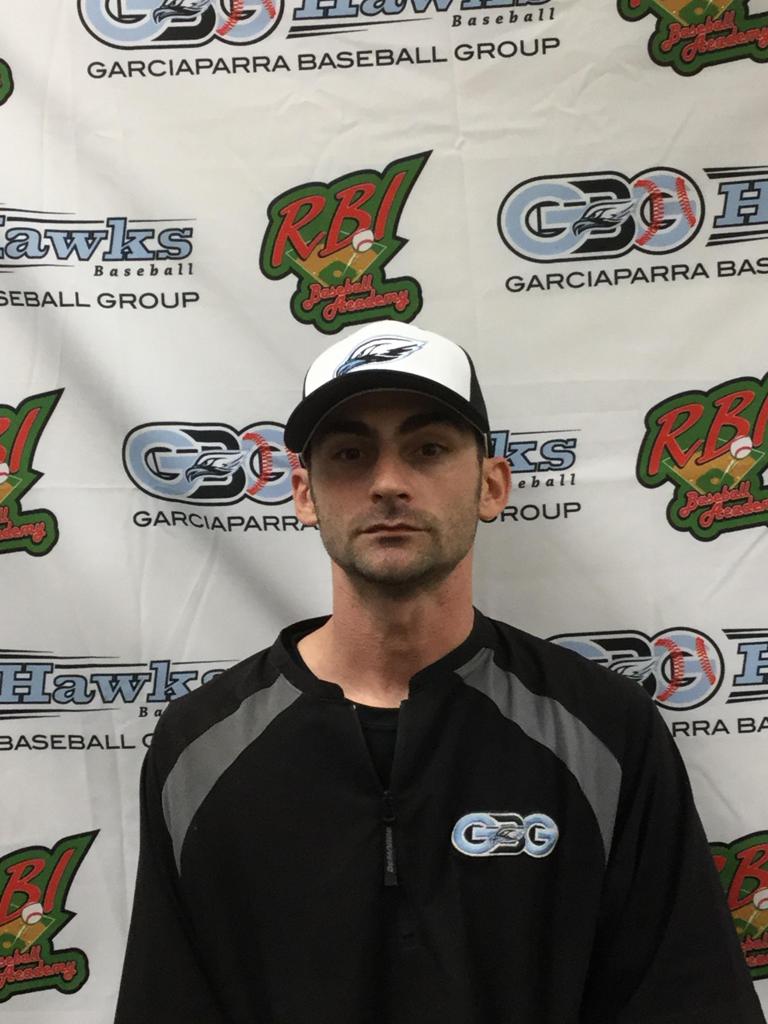 Director of Player Development/Instructor SINCE 2008

Coach Sullivan was a standout player at Foxboro High School, having been named Captain in 2002. In that same year, Coach Sullivan was named team defensive MVP as a catcher and was the starting pitcher in the Hockomock All-Star game. He led his team in At-Bats, Hits, Doubles, Runs, RBI, Walks, Stolen Bases, E.R.A., and Opponent’s Batting Average. Coach Sullivan ended his stellar high school career with a 2.32 E.R.A. As a member of the Foxboro Post 93 Legion baseball team in 2001, Coach Sullivan hit .370 and lead his team to 17 straight wins, a District Title, and a Sectional Finals appearance. Coach Sullivan went on to play for Framingham State College from 03–04.

Coach Sullivan returned to Foxboro High School as an Assistant Coach in 2005 where the Warriors won their first MIAA Tournament game in 10 years. Chris remained at FHS as the Freshmen Coach and Varsity Assistant from 07-10 during which time the Warriors reached the South Sectional Finals in 07 and the South Sectional Semi Final in 09. After spending two seasons at Bishop Feehan High School, Coach Sullivan returned to his alma mater as Varsity Head Coach in 2013. 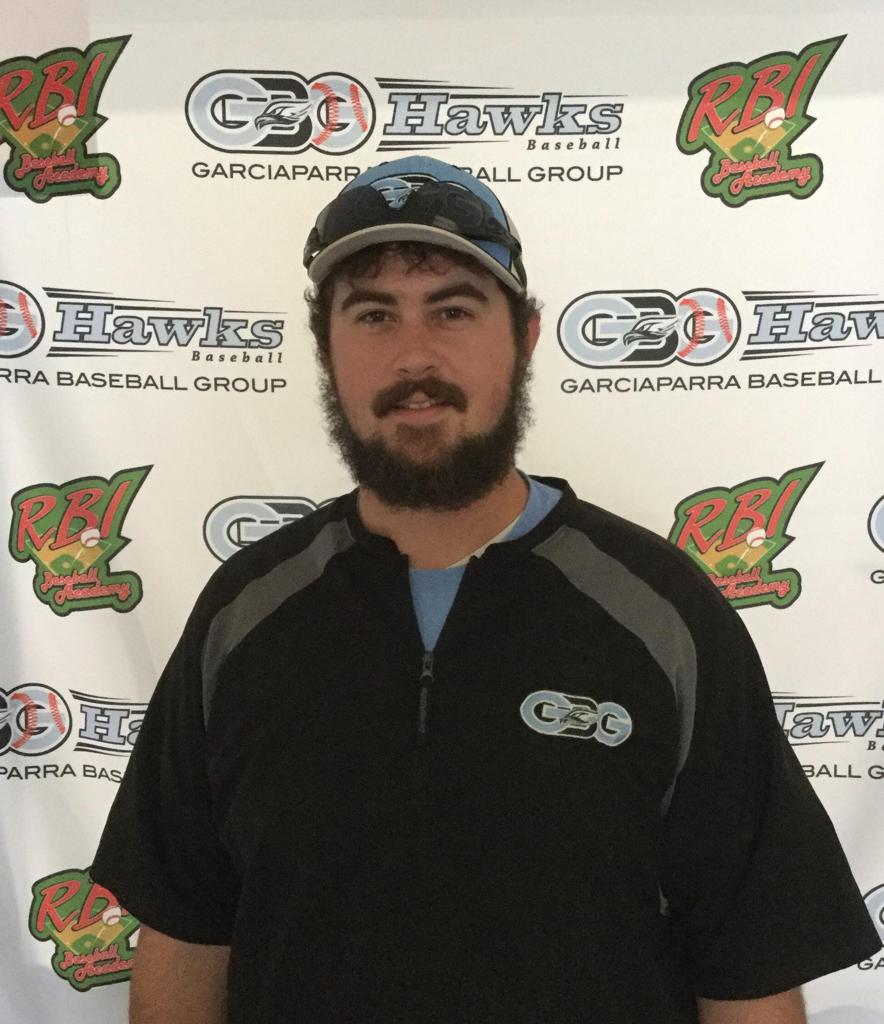 Coach Mat Venti is entering his 4th season coaching in  the Hawks Program, his 2nd as a head coach.  As a Full Time RBI Employee since 2013, Coach Venti has taken on a number of roles, including as a Pitching and Hitting Instructor.  Coach Venti is currently the Director of RBI’s Youth Introductory Programs including the Head Start and 8U Programs due to his vast knowledge of baseball fundamentals and ability to work with players of all ages.  Mat was an original Member at RBI Baseball Academy when we opened our doors in 2004 taking pitching lessons from fellow GBG Coach Chris Welch.  Coach Venti was also a member of RBI’s Tournament Team that competed in Myrtle Beach and Florida prior to the inception of the Hawks Program.  Mat was a Starting Pitcher and a Shortstop for Westwood High School as well as for Westwood American Legion Post 320 before beginning his coaching career at RBI Baseball.

Coach Matt Manders will be starting his first season with GBG Hawks in 2018. Matt started with RBI Academy in the fall of 2017 by coaching in the Fall Baseball League Programs at the 12U & 18U levels. Matt was a 1998 graduate of Blue Hills Regional and was a 3 year starter on the baseball team. Coach Manders spent his college playing days at Massasoit Community College where he was teammates with current RBI Academy GM Chris Welch. Coach Manders has been involved in youth baseball since 2000 when he began coaching career with South Shore Seadogs where he was also a full time instructor with SSBC. In 2009, Matt left for Team Connecticut Baseball where he became the 12U Director.  There, he worked closely with Perfect Game USA's Northeast Division. Coach Manders was an Assistant Coach at Massasoit Community College from 2012-2013 before taking over the Head Varsity position at his alma mater, Blue Hills Regional Technical School.  His teams have qualified for the state tournament in each of his first 4 seasons, won 2 league titles, and he has personally won 2 League Coach of the Year Awards. In the summer of 2016, he also was the bench coach for the Plymouth Pilgrims of the New England Collegiate Baseball League (NECBL).